Israel has bombed the Gaza Strip for two days in a row killing 34 Palestinians. A family of eight, including women and children, were killed by an airstrike early Thursday. The EP Delegation for relations with Palestine deplores these violent attacks by Israel and calls for an immediate stop to the killing of civilians.

The outbursts of violence witnessed in Gaza are a direct result of the fact that Israel has held two million people under siege for almost 12 years with impunity. The Israeli air, land and sea blockade of the Gaza Strip are directly responsible for Gaza’s humanitarian disaster. While welcoming the U.N brokered ceasefire, we call for a long-term solution that includes the immediate end of the Gaza blockade.

The European Union and Member States must stop their policy of appeasement towards Israel. Treating the situation as business-as-usual perpetuates injustice against the Palestinian people. 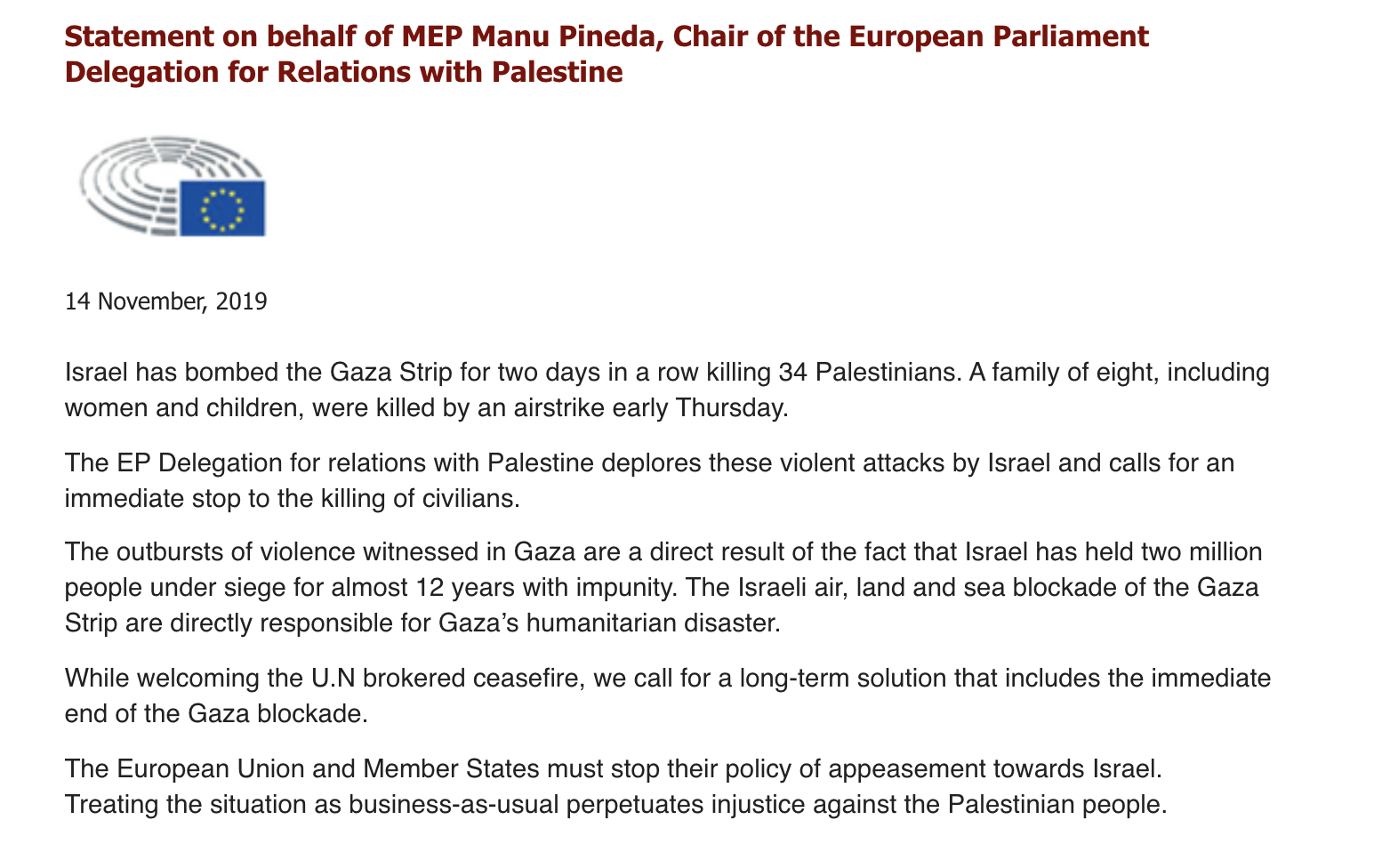 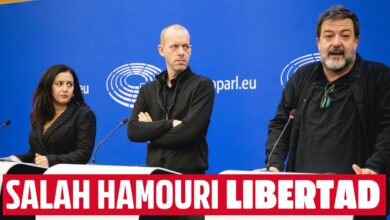 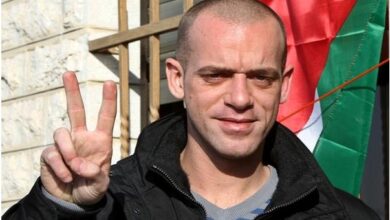 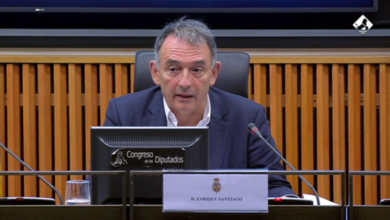 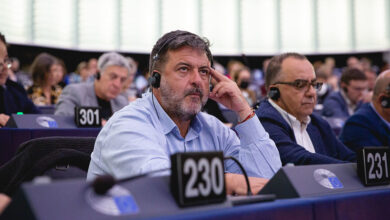 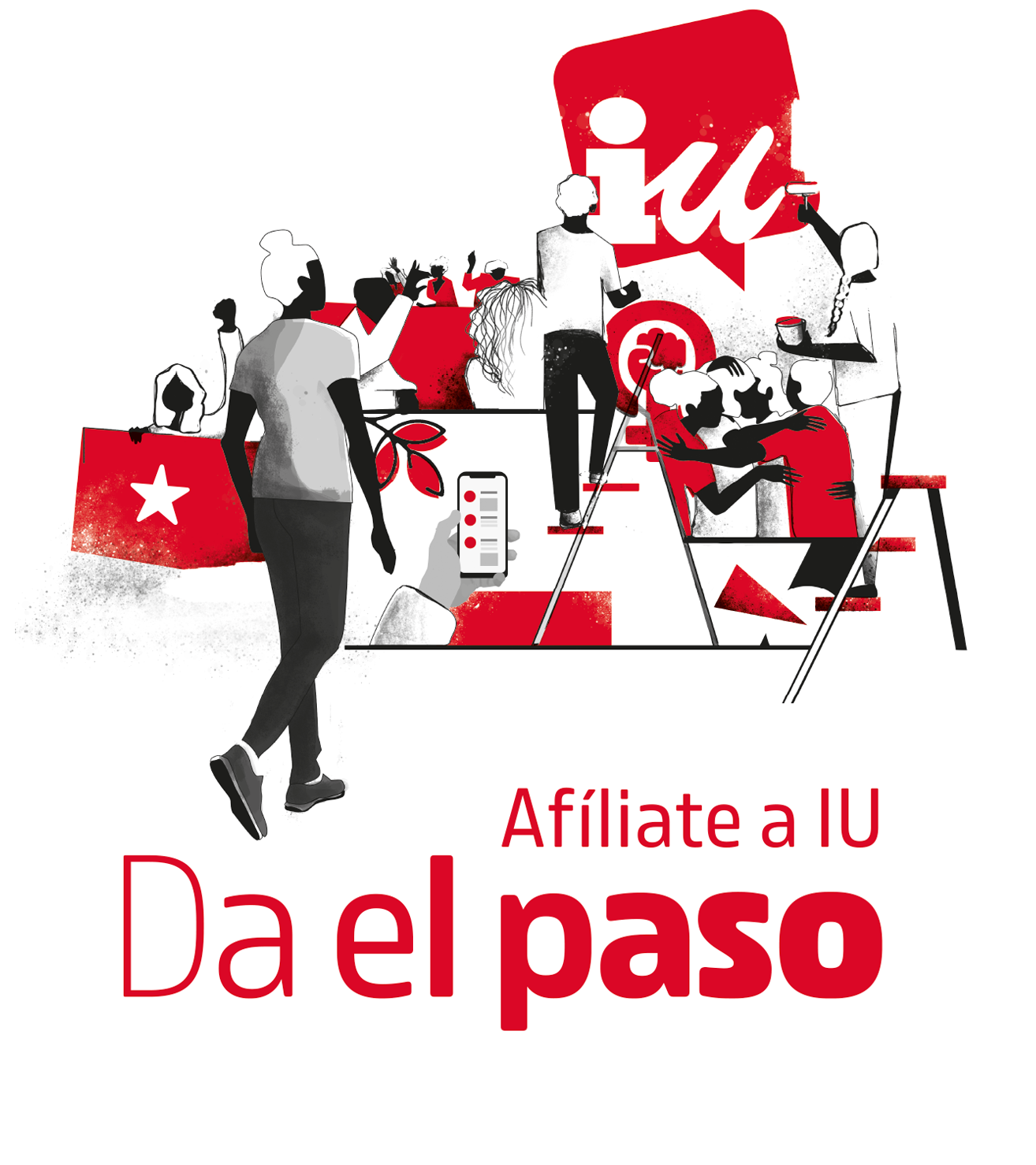 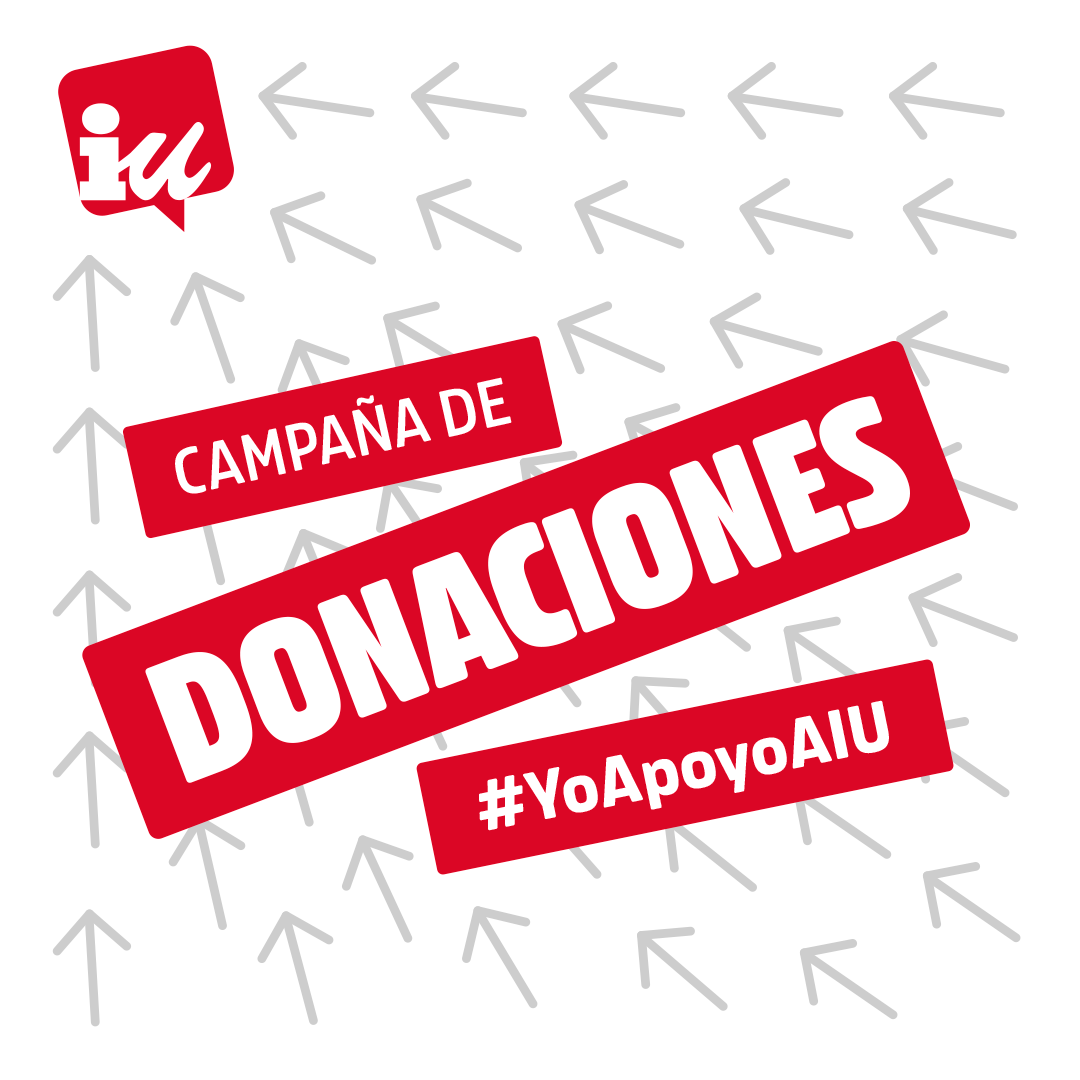 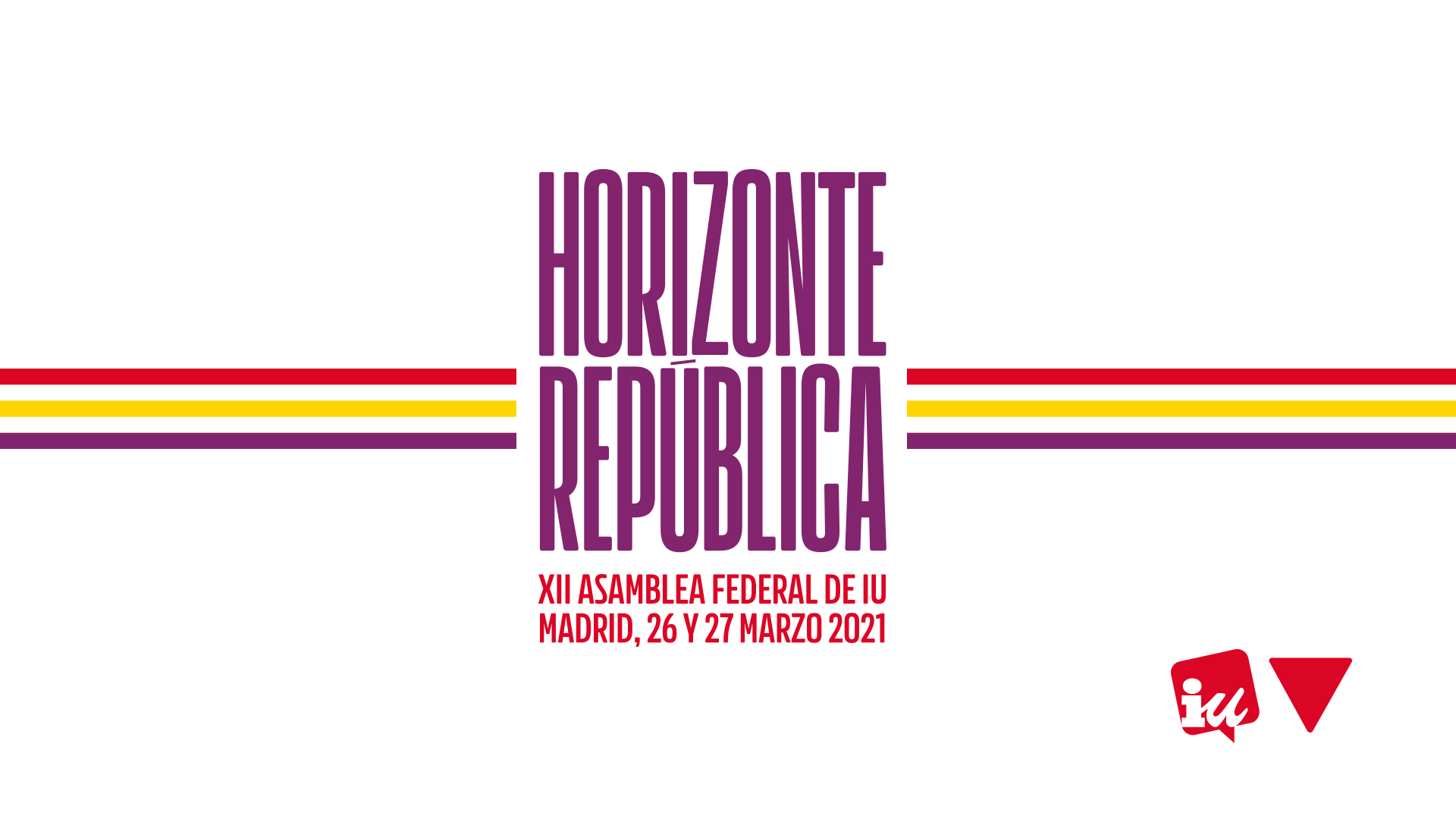 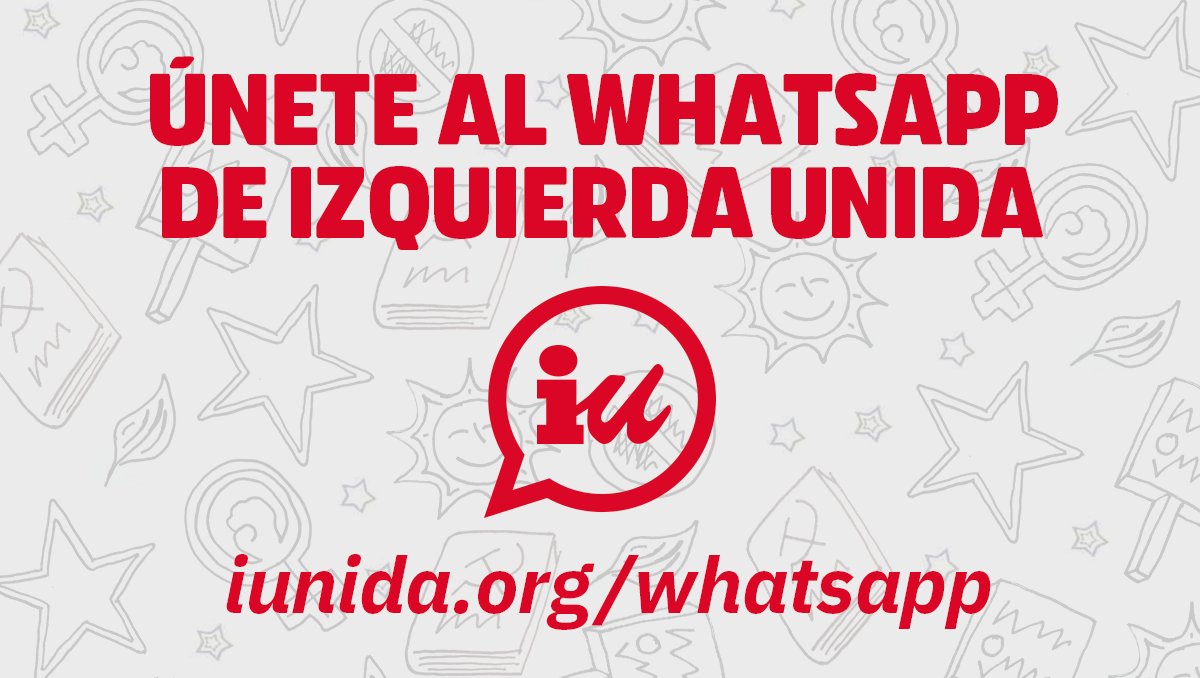 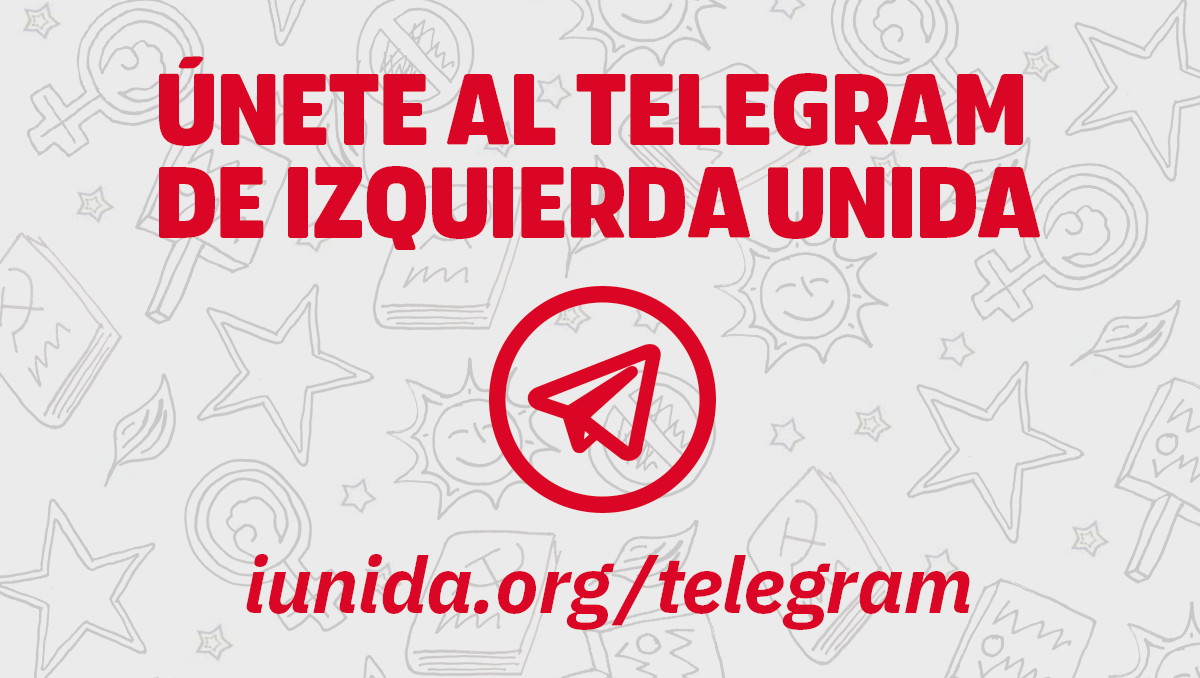